Get up close to what is possibly Scotland's oldest standing castle. Aberdour Castle was built in the 1100s and went on to serve generations of three noble families – including a Regent of Scotland! 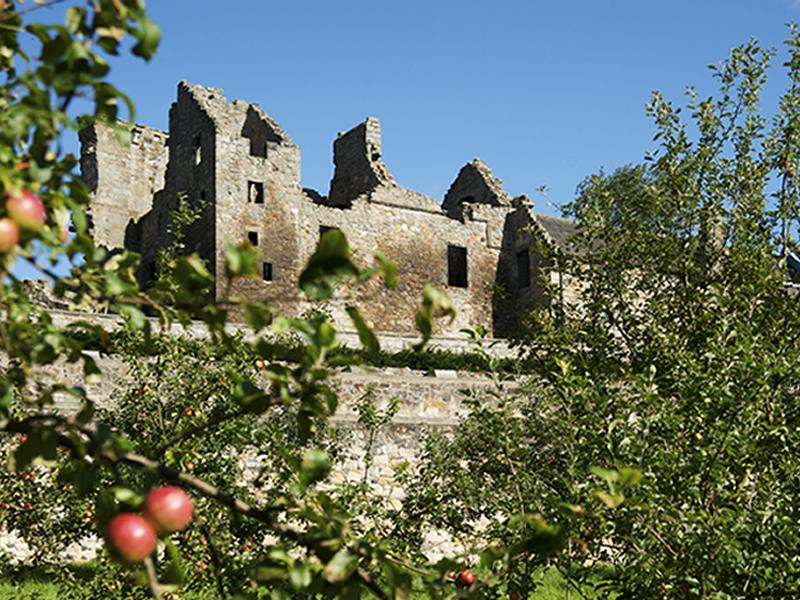 About Aberdour Castle and Gardens

Aberdour Castle has seen 500 years of noble living, serving as a residence to the powerful Mortimer, Randolph and Douglas families. Today, its ruined structures and roofed buildings show clearly how a medieval castle could be extended and adapted over time.

First built to give its owner a secure place of strength and comfortable lodgings, Aberdour was later enlarged in several stages. It became an extensive, outward-looking residence surrounded by beautiful gardens and pleasure grounds.

The castle tells us a great deal about changes in architectural and domestic fashion as well as about the rising fortunes of its owners.

The Douglas family left their mark, raising the height of the hall-house to make Aberdour into a more typical tower house castle and adding further ranges of buildings. Explore the impressive complex and its delightful walled garden and terraces.

What to see and do:
• Enter part of the hall-house built in the 1100s – perhaps one of the oldest standing stone castles in Scotland, though later extensively adapted

• Stop by St Fillan’s Church (next to Aberdour Castle), a fine example of a Norman church of the 1100s

All information (whether in text or photographs) is supplied in good faith but should not be relied upon as being a statement of representation or fact. We take every opportunity to ensure the details for Aberdour Castle and Gardens are accurate, please contact us at hello[@]whatsonnetwork.co.uk if any of the above information is incorrect.

More History and Culture in Fife

A popular community museum with a permanent display about the Levenmouth area.
Read more

Set sail for a very special island in the Firth of Forth – home to the best-preserved group of monastic buildings in Scotland.
Read more

Kellie Castle in Fife dates from as early as the 14th century and has magnificent plaster ceilings, painted panelling and fine furniture designed by Sir Robert Lorimer.
Read more

Explore the remains of Scotland’s largest and most magnificent medieval church. Even in its ruinous state, the cathedral remains a prominent landmark highly visible from the sea.
Read more

Get a sense of what it would have been like to live in Culross Palace in its prime, with original painted woodwork and beautifully restored 17th- and 18th-century interiors.
Read more

One of Scotland's only museums of communication, with a regular programme of exhibitions and events.
Read more

An independent charity-run museum covering the history of the Scottish fishing industryand how it became such an important part of the lives of so many Scots.
Read more

Welcome to the British Golf Museum. From the 16th century to the present day, the whole history of the great game is explored under one roof.
Read more

All History and Culture listings in Fife