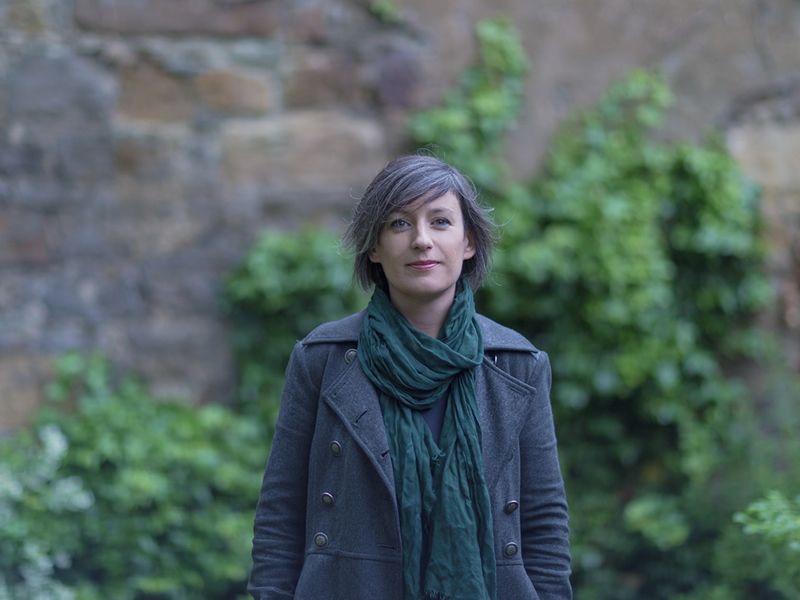 Fuelled by a passion for social justice, folklore, and feminism, Edinburgh based folk-pop singer songwriter and guitarist Kim Edgar crafts keenly observed details of people’s lives into “imaginatively and beautifully crafted songs” (Maverick) that reach out and touch listeners.

Emotion and connection are at the heart of this Edinburgh-based pianist and songwriter’s work: through observed and lived experiences, Kim ponders what it is to be human, creating stories told with honesty and empathy that open hearts, minds, and discussions. Her intensity and intimacy in performance have also attracted glowing reviews.

Described as: "Probably one of the best songwriters in Britain today" Edinburgh based Kim Edgar has carved out an acclaimed solo career, as well as being part of the much lauded The Burns Unit and Germany based folk band Cara.

With four critically acclaimed solo albums under her belt, Kim has been described as “an example of everything that’s great about contemporary music” She’s currently working on Consequences, a new album of 12 song collaborations, supported by Creative Scotland, and has worked with a range of songwriters she admires, once a month since October 2021, including Ron Sexsmith, Boo Hewerdine and Horse McDonald.

Kim sang at the opening of the Scottish Parliament.

Kim is also the musical director of the BIG Project Youth Choir who sang at the 2012 Olympic Opening Ceremony in London and the Freedom of Mind Community Choir.

The café at The Larick Centre will be selling food, snacks, cakes, coffee & tea, and non-alcoholic refreshments.

You are welcome to BYOB and glass into performances.

The Balgove Night Market returns in 2022 and takes place on the first Tuesday of the month between May and September.
Read more

Tae Sup wi’ A Fifer returns to The Byre Theatre in 2022 with varied and complimentary talents from different global avenues of folk, rock, indie and spoken word, all hosted by James Yorkston!
Read more

FOREIGNFOX return for a special home town show at PJ Molloys on Saturday 20 August as part of Scotland on Tour!
Read more

The brilliant Honeyblood return to headline PJ Molloys on Sunday 21st August as part of Scotland On Tour!
Read more

Rock the Rovers fundraising event returns on Sunday 28th August at Styx Kirkcaldy with a host of artists!
Read more

To celebrate their 10th year anniversary and 30 years since The Beautiful South released ‘Song For Whoever’, The South are back touring the whole of the UK and stop off at Rothes Halls.
Read more