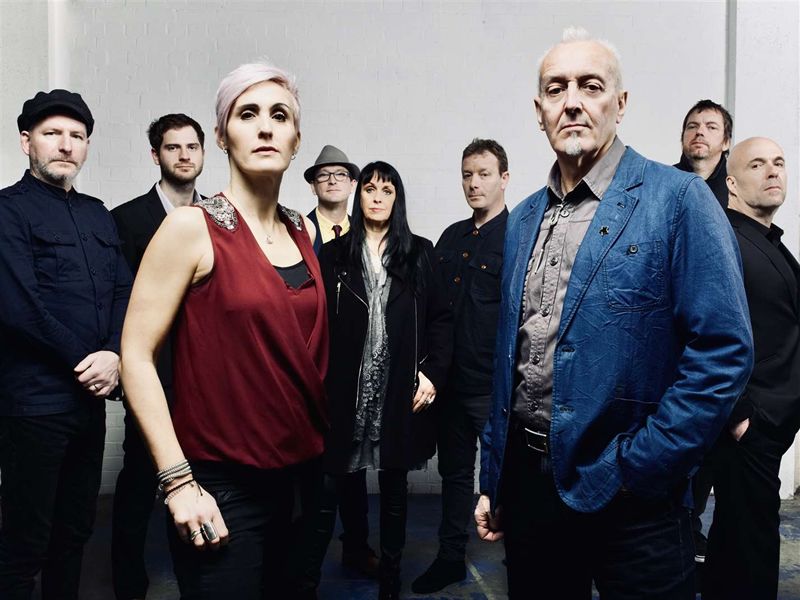 With the return to normal on the live music front, The South are getting back on the road and doing what they do best - performing the songs of that great British pop institution, The Beautiful South, to the thousands of fans of these timeless classics.

The South are an impressive 9 piece band who feature former members of The Beautiful South including singer Alison Wheeler and lifelong sax player Gaz Birtles. Since Dave Hemingway, the original singer, left the group at the end of 2016, Gaz has moved across to front the band with Alison and taken on vocal duties.

Since the demise of The Beautiful South in 2007, this exciting live band have spent 11 years touring the theatres and festivals of the UK up and down the country, bringing back the full sound and arrangements of these treasured songs - A Little Time (the number one single), Perfect 10, Rotterdam, Song For Whoever, Old Red Eyes Is Back, Good as Gold, Don't Marry Her plus many more singles and album tracks as well as a few choice South originals. These songs span an impressive 18 year career starting way back in 1989!

The South will bring their 2022 tour to Saint Luke's Glasgow on Thursday 1st September and then on to Rothes Hall, Glenrothes on Friday 2nd September.

Final tickets for the shows are available now:

Let’s Carry On... Regardless!

The UK's biggest National Park was the chosen location for the latest Green Space Dark Skies project, by the outdoor art experts at Walk the Plank.

Over 75 leading finalists have been revealed today for The Scottish Bar & Pub Awards 2022.

Green Space Dark Skies, produced by Walk the Plank and commissioned by UNBOXED: Creativity in the UK, has revealed the artists who will bring Scotland's August events to life!

From the Costa Del Leith to the Clyde Riviera, IRN-BRU is set to deliver deckchairs and ice-cold cans to Scottish sun-seekers!

Fans, artists and music labels have just over 24 hours left to submit their favourite Scottish album from the past year for this year's SAY Award.

After seven years of putting smiles on the faces of adults and children alike, family entertainment favourites Funbox have announced their final show at The Lochgelly Centre in August.

UNBOXED: Creativity in the UK is a celebration of creativity taking place across the UK in 2022 featuring free 10 major creative projects.

Today, the Scottish Album of the Year (SAY) Award returns for 2022, calling on artists, labels and music fans to submit eligible albums – for free.

Green Space Dark Skies, led by Walk the Plank as part of UNBOXED: Creativity in the UK, has announcing two new locations for this unique project.

To commemorate its 20th anniversary and raise funds for the Loch Lomond Rescue Boat, Loch Lomond Shores has produced a calendar that runs from June 2022 to May 2023.

Fife Medieval Tower House opens to the public once more

Scotstarvit Tower in Cupar has reopened to visitors after being closed for nearly two years due to the COVID pandemic.

In celebration of Scotland’s Year of Stories 2022, Visit Scotland has teamed up with Scots expert and writer Alistair Heather to translate the first lines of some of the world’s most popular books