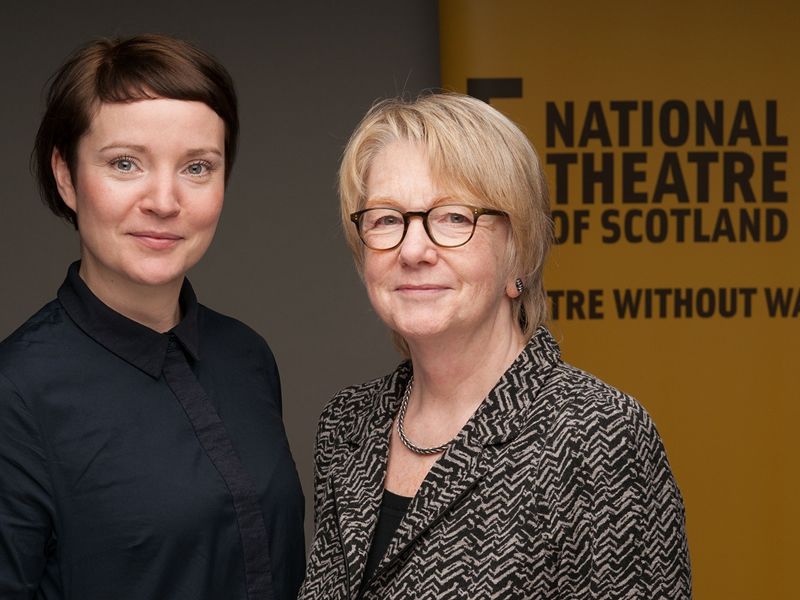 Jane Spiers is a highly respected arts leader and is currently Chief Executive of Aberdeen Performing Arts, due to step down on 1 July 2022. She succeeds Seona Reid who is standing down following nine years of exceptional service.

In a career in the arts spanning 40 years from inner London to rural Aberdeenshire, Jane Spiers has been a producer, programmer, festival director, event manager and cultural policy advisor.

She has been Chief Executive of Aberdeen Performing Arts since 2012, running three venues; His Majesty’s Theatre, the Music Hall and the Lemon Tree and three city festivals, having previously been the inaugural Chief Executive of Horsecross Arts; Perth Theatre and Perth Concert Hall from 2003 – 2012.

She has a long-standing commitment to Scottish theatre sharing her expertise sector-wide as a Trustee with a number of industry bodies. Her significant cultural contribution to Aberdeen and the North East was acknowledged in a lifetime achievement award by the Aberdeen and Grampian Chamber of Commerce.

She was made an Honorary Fellow of the Royal Incorporation of Architects in Scotland in 2016 for her contribution to the cultural environment in Scotland as project lead/champion for four capital projects; the Stirling Tolbooth, Perth Concert Hall, Perth Theatre and Aberdeen Music Hall. She was awarded an Honorary Doctor of Letters (D.Litt) in 2021 by Robert Gordon University for contribution to the arts. She is a Fellow of the Royal Society of Arts.

Jackie Wylie – Artistic Director of the National Theatre of Scotland said
“I am thrilled that the Board have unanimously approved the appointment of Jane Spiers as the Company’s new Chair. She is the best kind of cultural leader. She matches years of exemplary executive and governance experience with an intrinsic belief in the critical value of the arts to audiences and communities alongside an unshakeable commitment to artists and innovation. I look forward to working with her, in her new role as the National Theatre of Scotland’s Chair, and for the organisation to benefit from her authentic passion for driving progressive systemic change through board leadership”

Jane Spiers, incoming Chair of the National Theatre of Scotland said:
“It is a pleasure and a privilege to be the next Chair of the National Theatre of Scotland. I have always loved the idea of Scotland’s theatre without walls, theatre that tells everyone’s stories everywhere and is inspired by people and place. Seona Reid has been an outstanding Chair and leaves a wonderful legacy to build on. I am hugely attracted by Jackie Wylie’s pioneering vision, her energy and generosity of spirit. I am looking forward to working with the Board, the team and the wider Scottish theatre community as we emerge from the global pandemic, look to the future and reflect on our part in recovery. The team’s commitment to bold vision and work that is truly representative of society in all its richness and complexity is more vital than ever. I am excited to continue the conversation and have the opportunity to champion and support the National Theatre of Scotland as we evolve and grow”.

Can you help people living with chest, heart & stroke conditions across Scotland

Chest Heart & Stroke Scotland is calling for people in the local community to become Collection Can Volunteers to help raise vital funds.

Scottish Book Trust, the national charity changing lives through reading and writing, will host Bookbug Week from Monday 16 May – Sunday 22 May.

Rusacks St Andrews announced it has been recognized by Travel + Leisure in the publication’s annual “It List”, recognizing the world’s best 2021 hotel openings.

Aldi Scotland has taken a Scottish twist on a family favourite for any Cinco De Mayo parties this weekend by creating none other than hearty, haggis fajitas.

Sir Tom Hunter has issued a heartfelt thanks to Kiltwalk Heroes who put their best foot forward for last week's Glasgow event, revealing they helped to raise over £4 million, a record-breaking sum.

Young musicians across Scotland are set to benefit from a special £50k funding scheme to commemorate five years since the loss of 14-year-old musician Eilidh MacLeod in the Manchester Arena attack.

Exercising regularly improves brain health as much as physical fitness, say experts launching a programme to boost performance and wellbeing.

Aldi customers are set to be the first Scottish shoppers to enjoy strawberries this week as punnets hit their St Andrews store thanks to Tim Stockwell of Barnsmuir Farm.

Month Of Community to celebrate everything that makes our communities special

June will see a month of community events and celebrations held across the UK including The Big Lunch, Volunteers Week, Loneliness Awareness Week and Scottish Refugee Festival!

Two Scottish Drag Queens are set to leap from a platform suspended 40ft above the dramatic Pass of Killiecrankie, as part of a charity bungee jump, and they are calling on more people to take part!

Once a myth, now no more: today explorers from the Scottish Deer Centre, near Fife in Scotland, announce that they are the first in the world to capture a live haggis.

Market leading daily deals service and online marketing company, itison has announced the return of its charity initiative, itison us and are calling out for local charities to apply now. 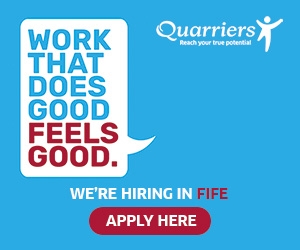 Don't miss the Leven Vintage Car Rally on Sunday 26th June, it's a great day out for all ages to enjoy!

Enjoy a great weekend of music and entertainment from some of the Top Tribute Bands in the UK along with some of local talent at Fife Fest this September!