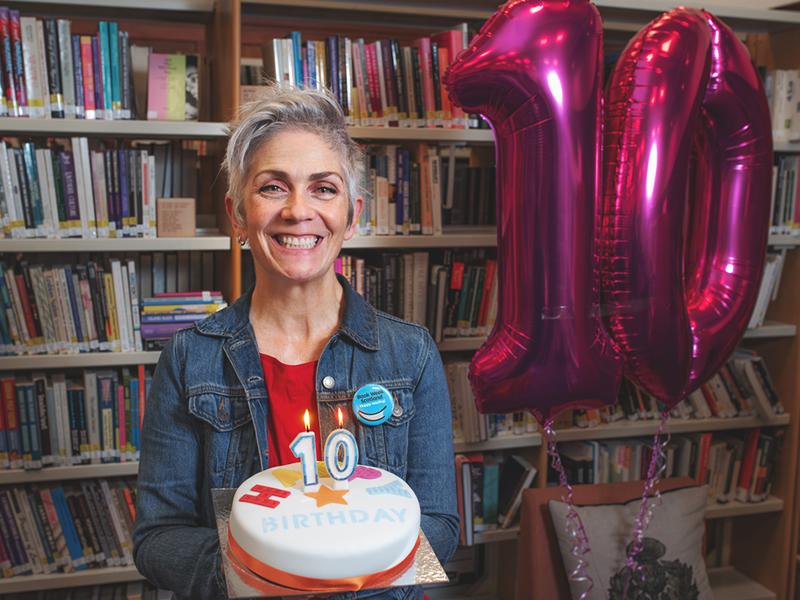 2021 marks ten years of Book Week Scotland, and Scottish Book Trust has today (12 October) launched a programme of events around the theme of ‘Celebration’. Scottish Book Trust, the national charity changing lives through reading and writing, has worked closely with partners to provide both online and in person events.

“2021 marks a decade of Book Week Scotland, a massive milestone that all of us at Scottish Book Trust are extremely proud of. Last year alone, we reached 292,000 people through free Book Week Scotland events. Book Week Scotland would not be possible without the many libraries, bookshops, community groups and schools that take part.

Over the last ten years, Book Week Scotland has become a highlight of Scotland’s literary calendar, the national event where a huge range of partners celebrate the connective power of reading and writing. It is where communities all over Scotland gather together to have conversations with writers and other readers, and where individuals all over the country share their love of books and the books they love. We look forward to celebrating ten years of Book Week Scotland with a fantastic line-up, with events both online and in person.”

“For a decade now, Book Week Scotland has provided the perfect opportunity for readers across the nation to come together in community groups, bookshops, libraries and at home to share and explore a love of reading. With an exciting and diverse line-up of emergent and established names and forms of writing, from live poetry to comics, the centenary year programme is a true celebration of literature.”

“Libraries will be hosting events from Shetland to the Borders, connecting communities and ensuring everyone across the country can meet likeminded individuals, and enjoy all that the week has to offer. We will also be celebrating Mobile Libraries Day as part of Book Week Scotland, which allows us to recognise the vital role that our mobile libraries play in some of the remotest parts of Scotland, as well as for those who are not able to visit their own local library. Reading is Scotland’s favourite pastime, and we look forward to sharing in the country’s love of books.”

Book Week Scotland is the country’s biggest celebration of reading and writing and it returns on Monday 15 November to Sunday 21 November. Award-winning author Denise Mina kicks off the celebrations at Glasgow Women’s Library, where she filmed a new documentary: The Women Writers of Garnethill with tour guide Melody House. The film explores the contribution women writers have made to the area, and the city of Glasgow. It will premiere on YouTube on Monday 15 November at 12.30pm.

Book Week Scotland will also launch a social media campaign, #ILoveMyLibrary, on Monday 15 November, encouraging the public to join in and share their memories of their favourite or local library. Top authors in Scotland will also join the campaign, celebrating the library they most treasure.

On Monday evening, for those who wish to join Book Week Scotland from the comfort of their own homes, there will be a downloadable role-playing game written by visual artist Adrian Barber. A star-studded line-up will play through the game, featuring: Marvel comic writer Kieron Gillen; bestselling author Val McDermid; DC Comics writer Ram V; Marvel comic writer and bestselling novelist Marjorie Liu; and award-winning comic artist and author Hari Conner.

On Tuesday 16 November at 11am, there will be a Book Week Scotland special Authors Live event with Patience Agbabi. The event will jump into the world of her time-travel adventure stories, The Infinite and The Time Thief. Patience will be talking about the climate change themes that inspired the novel, and she will also share her love of wordplay and poetry.

On Wednesday 17 November at 12.30pm, Book Week Scotland will premiere a new documentary with former Makar Jackie Kay on her debut novel, Trumpet. The film will offer exclusive insight to the inspiration and writing of the bestselling book.

On Thursday 18 November at 11am, there will be another Authors Live event: a panel on Young Scottish Voices featuring Nadine Aisha Jassat, Chris McQueer and Cat Hepburn. They will showcase their writing and share how young people can use their own voices and experiences in writing and storytelling.

In the year of Scottish coastlines and waterways, Harry Josephine Giles, Evie Wyld and Raman Mundair will join Book Week Scotland for a Celebrating Island Literature panel, chaired by Pàdraig MacAoidh. The event will premiere on Saturday 20 November at 4pm on YouTube.

Libraries and community groups across Scotland are also taking part in Book Week Scotland, some who have been partners of the programme for a decade, including Glasgow Women's Library, Royal Botanic Garden Edinburgh, Scottish Union Learning, Uist Art Association and Wigtown Book Festival.

50,000 free copies of the Celebration book, which includes real life stories from people around the country, will be available from libraries and other community venues during Book Week Scotland. The book includes 22 stories selected by a panel, plus commissioned pieces from Courtney Stoddart, Elle McNicoll, Eòghan Stewart, Mòrag Law and Ross Sayers.

Ron Lawson, Scotland's most original and in demand artist opens his largest Solo Exhibition in 3 years at The Strathearn Gallery in Crieff on Saturday 30th October.

Beatson Cancer Charity is launching a rewards card which will offer fantastic discounts in a variety of businesses situated around Scotland.

Specialist child and youth care provider Kibble is encouraging those looking to move into a more meaningful career to sign up to its Child and Youth Care Worker Staff-in-Training programme.

The Say Award announce the 2021 shortlist

The Scottish Album of the Year (SAY) Award is today delighted to reveal 2021’s Shortlist, plus the winner of the inaugural Modern Scottish Classic Award, as voted by 2021’s Longlist.

The campaign to create a statue of RSPB founder and eco pioneer Emily Williamson (1855-1936) is touring RSPB reserves around the country including a visit to RSPB Loch Leven in Kinross.

Historic Environment Scotland (HES) is asking the public to submit photographs or artwork showcasing the impact of climate change on Scotland.

Scotland’s legendary Kiltwalk Kindness has raised a remarkable £8.4 million for more than 1,200 charities across the country this year.

Leading UK housebuilder Miller Homes returns this autumn with its Home Safe campaign, keeping children safe on their walk, cycle, or scoot, to and from school!

From today until midnight on Wednesday 29th September, music fans can vote for their favourite Scottish album on this year’s Longlist at The SAY Award.

Rosemary Laird is in the midst of a personal grand tour of Scotland, with the aim of visiting 61 iconic Scottish landmarks and locations on an epic fundraiser for the National Trust for Scotland.

An eclectic and inclusive programme has been unveiled for St Andrews Voices, Scotland’s singing festival, bringing a breadth of vocal and choral music to the Fife town this October. 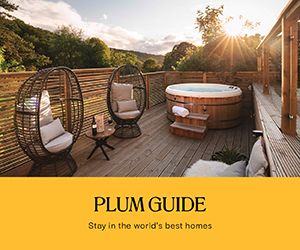