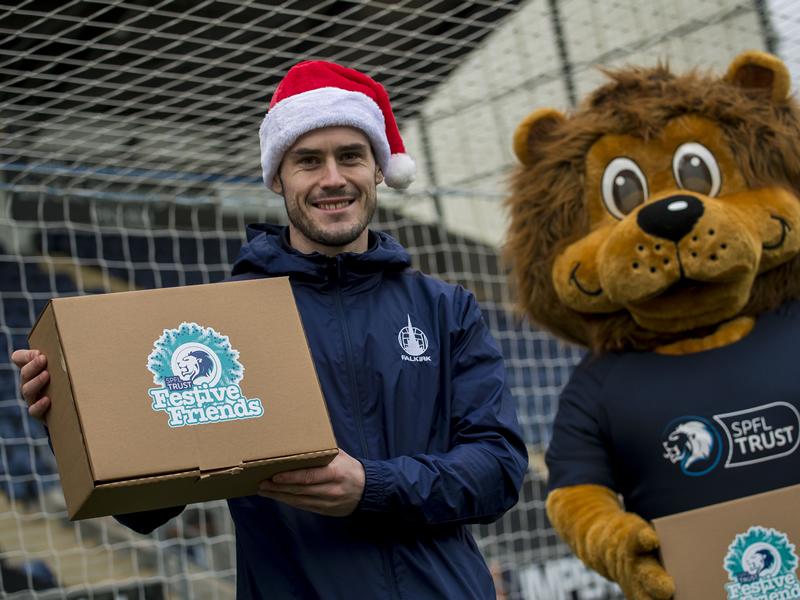 Festive Friends is now into its fifth year, but with life looking very different this holiday season, the SPFL Trust has teamed up with 37 ATCs to launch a new ‘at home’ version of the programme.

And critically, funding previously announced from James Anderson and the SPFL Trust’s second anonymous donor mean that a total of £87,700 will be committed to this year’s campaign.

That means that the SPFL Trust will be able to more than DOUBLE the number of people clubs are able to support.

As such, more than 2,400 people will receive a doorstep visit to their home and a Christmas hamper, delivered by a friendly face from their local SPFL club.

It's been a tough year for everyone due to Covid-19, but of course, it has been especially difficult for the elderly who are at higher risk of social isolation.

ATCs will receive referrals through existing programmes, external partners and public agencies, as would normally happen for Festive Friends.

Ordinarily, Festive Friends takes place at SPFL club stadia across the country. Participants enjoy a tasty Christmas lunch, fun and games, a club gift, as well as the means to get there and home. Almost 4,000 people have enjoyed an event in the last four years.

Physical distancing rules mean that isn’t possible in 2020, so clubs are flipping the entire operation, and will head into their communities to make thousands of doorstep visits.

The Scottish Fire and Rescue Service (SFRS) will also be assisting ATCs with deliveries throughout the festive period. In each SFRS delivered hamper, there will be fire safety advice leaflets for the elderly and vulnerable.