Glasgow Philharmonia bring their Movies to Musicals Show to The Alhambra Theatre Dumfermline on 12th and 13th March. It's their biggest show to date! 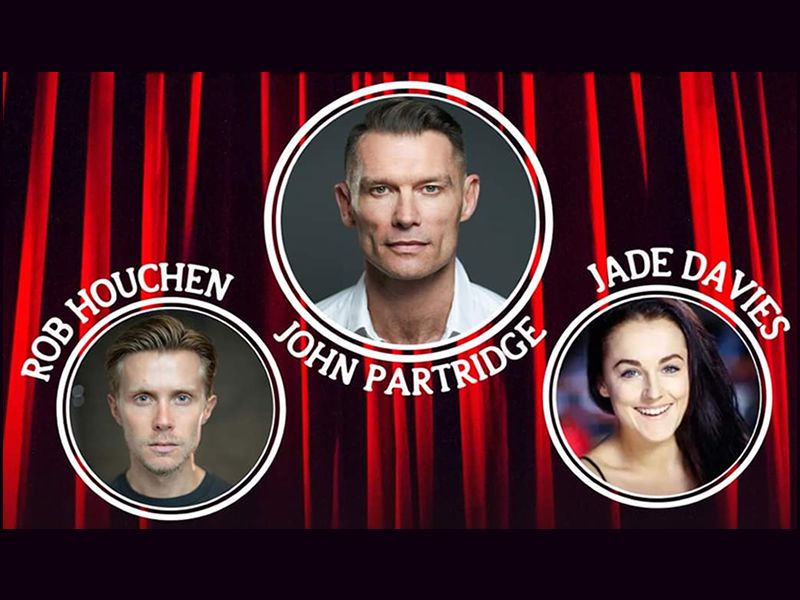 About Movies to Musicals

Movies to Musicals is coming to the Alhambra Theatre for the first time!

After 6 sell out shows at the Glasgow Royal Concert Hall, and two years that saw the Arts come to a stop, Movies to Musicals is back bigger and better than ever before.

This all singing, all dancing theatrical show brings you a night of your favourite Musicals and Movie Soundtracks performed by a Live Orchestra, Kids Cast, Musical Theatre Cast and artists from London's West End.

With Music from Legally Blonde, Grease, Everybody's Talking About Jamie, School of Rock, Miss Saigon ,Les Miserables and many more, this is a night not to be missed for any Musical fan.

Other Events at Alhambra Theatre Dunfermline

Celebrating all the classic hits of one of the world’s greatest ever singer-songwriters, this is a musical adventure unrivalled by any other.
Read more

From the producers of Sing-a-Long-a Sound of Music and Sing-a-Long-a Frozen, the brand new smash hit film musical of 2021 about the Family Madigral with lyrics on screen!
Read more

Get yourself a-boppin’ when Showaddywaddy stop off at The Alhambra Theatre Dunfermline on Friday 7th October!
Read more

Harry Hill is back with brand-new amazing jokes in an all-singing, all-dancing one-man spectacular... Pedigree Fun! Don't miss him live at the Alhambra Theatre on 12th October!
Read more

Crown Ballet presents to you the most famous Ballet of all time 'Swan Lake' on 15th October at the Alhambra Theatre.
Read more

Dave Gorman: Powerpoint to the People

Dave Gorman is coming to the Alhambra Theatre on 19th October 2022 with his tour Powerpoint to the People!
Read more

Ben Portsmouth Is Elvis: The King Is Back

Jerry Sadowitz: Not For Anyone

Jerry Sadowitz - comedian, magician, and all round scary man is back! Catch him at the Alhambra Theatre Dunfermline on Saturday 22nd October!
Read more

Get dressed up for this solo Halloween Special from the Singing Kettle's founder, Artie Trezise at the Alhambra Theatre Dunfermline on Saturday 22nd October!
Read more

Jack Dee - Off the Telly

Join Jack Dee for an evening of entertainment (food and beverages not included) when he brings his new stand-up tour to the Alhambra Theatre Dunfermline on 28th October!
Read more

Get ready as we take you on a journey of Sweet Soul Music and join the Love train, as we give you the best of our Love and show you there ain’t nobody who does it better.
Read more

Get ready as we bring you the biggest party show to tour the UK - 80s Live! The ultimate 80s night out, so come dressed to impress as we spin you around and around for a night to remember!
Read more

An evening with Noel Fitzpatrick

Noel Fitzpatrick returns to the stage this autumn with a brand-new show which will delight animal lovers of all ages and anyone who feels like they need some love, hope and healing in their lives!
Read more

Join Jason live on stage as he unleashes what he does best! Guaranteed pure and utter unblocked joy and laughter.
Read more

Happy Mondays have announced a massive headline tour including a night at The Alhambra Theatre Dunfermline on 24th November.
Read more

A year later than originally planned, The Proclaimers have announced a UK & Ireland tour for 2022! Don't miss them live at the Alhambra Theatre, Dunfermline on 25th November!
Read more

It’s time for 90s Live! Get ready as we spice up your life, taking you back for good and hit you one more time with the ultimate 90s party night out!
Read more

Join Jimmy Carr for the ultimate comedy show when he brings his new tour, Terribly Funny, to the Alhambra Theatre Dunfermline!
Read more

Our 2022 pantomime will be…… Beauty and the Beast! Oh yes it is! The show will see the return of panto legend Ian ‘Sheepie’ Smith.
Read more

The Chilli's have fast become a global phenomenon, rocking far flung shores from Bangkok to New York and everywhere in between and you can catch them at the Alhambra Theatre on 30th December!
Read more

Whitney Queen Of The Night

Direct from The West End, experience the ultimate Whitney Houston tribute show as it tours across the UK performing over 100 concerts every year!
Read more

Jason Fox: Life At The Limit

Jason Fox will bring to The Alhambra Theatre stage the remarkable story of his daring exploits in a distinguished career as an elite operator in the UK Special Forces!
Read more

The Russian State Opera is back at the Alhambra Theatre to delight you with an exquisite production of Madama Butterfly!
Read more

Jon Richardson is on tour with his new show 'The Knitwit' and you can catch it at the Alhambra Theatre!
Read more

Legend - the Music of Bob Marley

What’s Love Got To Do with It?

What's Love Got To Do With It? The not-to-be missed musical experience celebrating the music of the incredible Tina Turner comes to the Alhambra Theatre on 15th April 2023!
Read more

Paul Smith is back on tour with his brand new show ‘Joker’, it's his biggest and funniest tour show to date and you can catch it at The Alhambra Theatre on 25th May 2023!
Read more

Scottish Comedy Award winner and viral sensation Gary Meikle is back on tour. Catch him at the Alhambra Theatre, Dunfermline on 9th June 2023!
Read more

Anton and Giovanni - Him and Me Tour

Paul Young - Behind The Lens

Status Quo legend Francis Rossi is taking up his acoustic guitar to bring you a selection of well-known hits and some previously not-performed-live-before tunes.
Read more

Dancers from the Cheryl Crawford Dance Studios upper school will take to the stage at Rothes Hall on 20th August!
Read more

It's time to stop 'lion' around, pack up your 'trunks', be a 'snappy dresser' and get up to some 'monkey business' because FUNBOX are having a JUNGLE PARTY in Lochgelly - and you're all invited!
Read more

Thunderstruck is the comic and tragic tale of how the greatest bagpiper of all time rocked the history and traditions of bagpiping and how he changed the life of one young piper forever!
Read more

Ventoux at The Byre Theatre is a restaging of the epic rivalry between Lance Armstrong and Marco Pantani on the fearsome Mont Ventoux in the 2000 Tour de France!
Read more

The Strange Case of Dr Jekyll and Mr Hyde

First performed in 2006, this is a fast-paced adaptation of Robert Louis Stevenson’s classic novel which has enthralled audiences throughout Britain.
Read more

Simon and Garfunkel Through the Years

Critically acclaimed The Simon & Garfunkel Story comes to Rothes Halls on 3rd September... get your tickets fast as this is an evening not to be missed!
Read more

A Room of One’s Own

Thank You For The Music

Smash-hit tribute show, Thank You For The Music, brings all of ABBA's No. 1 hits to the Rothes Halls stage in a production like no other!
Read more

Kellie Castle is running a series of events this August, inspired by both the property’s artistic heritage and the skills of the experts who care for it today.